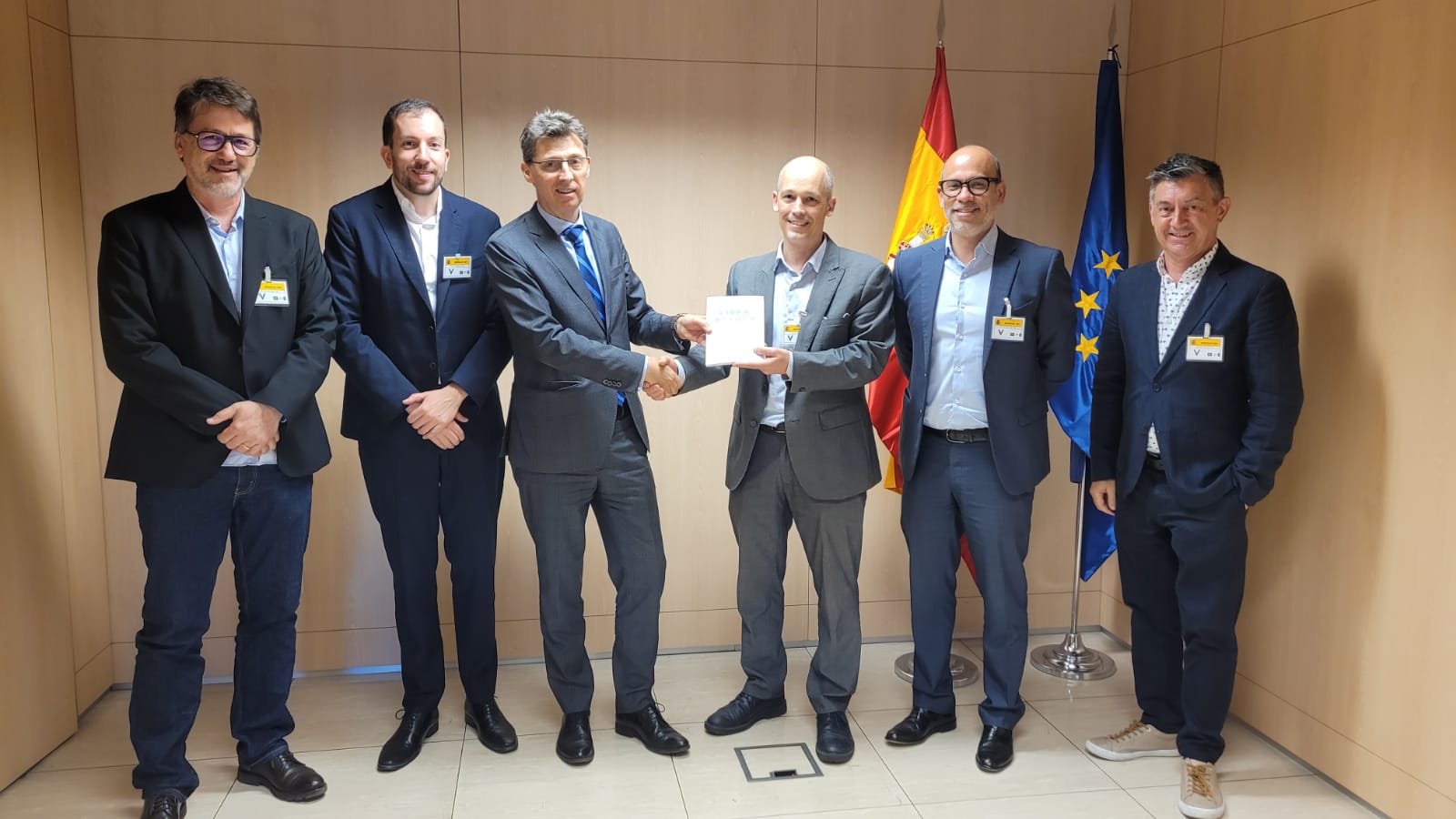 In recent weeks, the Board of Directors of the UHD Spain Association has done a wide institutional activity, presenting the “UHD White Book” to different national and international authorities from the audiovisual and telecommunications world, both from Spain and America.

The last meeting took place on June 9 at the headquarters of the Ministry of Economic Affairs and Digital Transformation, making the presentation of the Association and handing over a copy of the “UHD White Book” to the Telecommunications CEO, Arturo Azcorra.

The meeting was attended, on behalf of UHD Spain, by Vice President Xavier Redón (Cellnex) and other members of the Board of Directors including Emili Planas (Mediapro), Jorge Rodríguez (Hispasat), Eduardo Valencia (AMETIC), and Ricardo Medina (Medina Media). The President, Pere Vila (TVE) could not attend the encounter because that same day he was receiving a prestigious European “Technology & Innovation” award from the EBU/UER for his advances in the field of 5G.

Previously, the Board of Directors visited the ICEX (Spanish Institute for Foreign Trade) headquarters, where they met with José María Blasco, Director of the Infrastructure, Health, and ICT Division, who was accompanied by the head of Smart Cities, Eva Lopo. As a concrete result of the meeting, ICEX will invite a number of prestigious professionals from Latin America to participate in the 4K HDR Summit in November to share with Spanish companies the business possibilities with UHD. 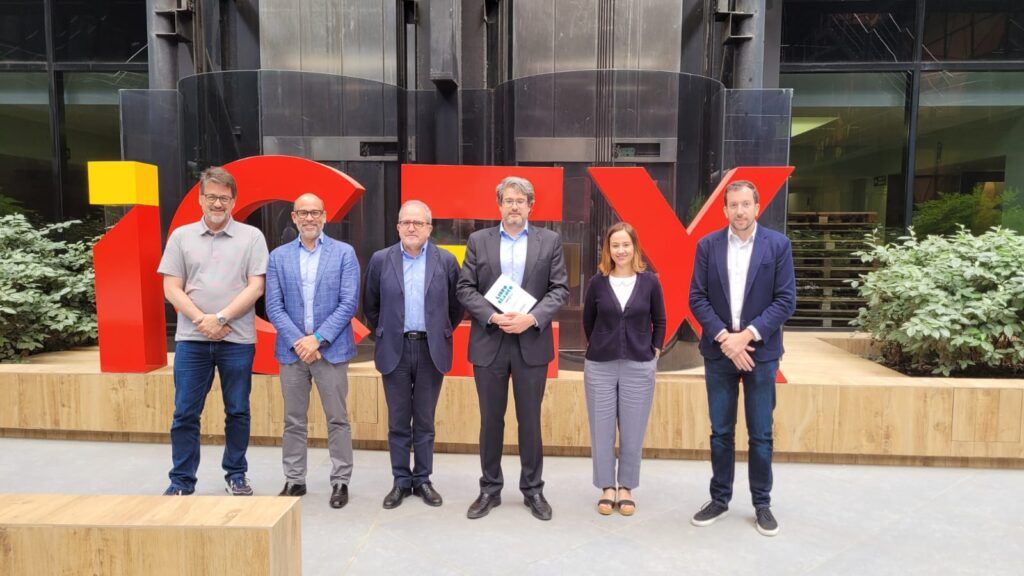 The purpose of UHD Spain and ICEX is to take advantage of the experiences and leadership of Spain in this New Technology, which will improve the quality of HD (High Definition) on TV screens, tablets, computers, and cell phones of the more than 500 million consumers that make up the Spanish-speaking market.

The first approach to public institutions by the association took place during the month of March, when Pere Vila, president of UHD Spain delivered to the president of the Royal Academy of Engineering (RAING), Antonio Colino, the White Book on Ultra High Definition (UHD) in Spain so that it can be added to the catalog of the prestigious Library and can be consulted by academics. 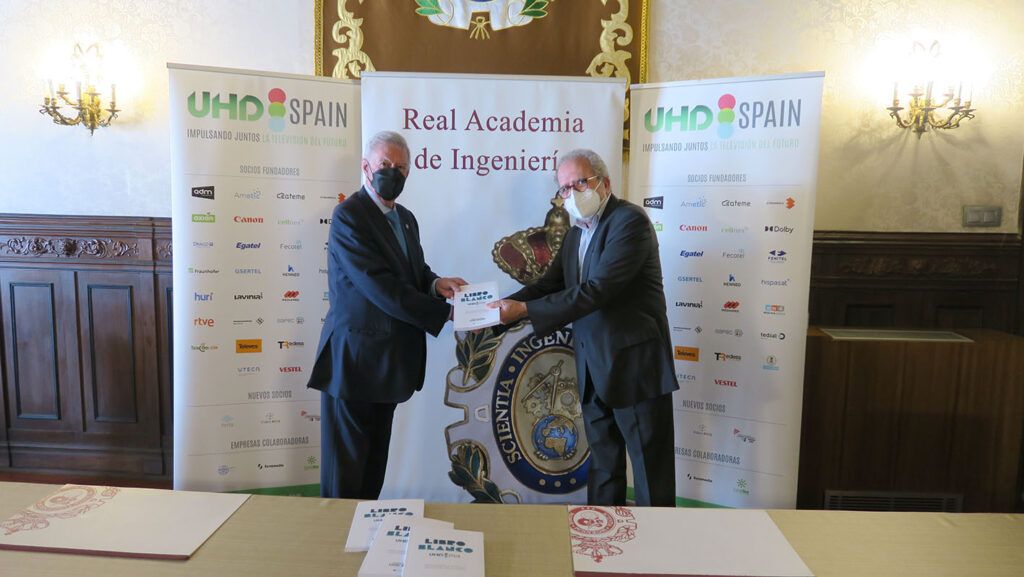 The association has also been present at the most important international fairs of the sector, NAB SHOW 2022, held in Las Vegas in April and Andina Link, in Colombia during the month of March; as well as the presence and participation in the national 5G Forum held in Seville, last May.

In Las Vegas, Miguel Ángel Cristobal (Sapec) and Jorge Rodríguez (Hispasat) handed over the “UHD White Book” to representatives of the Ultra HD Forum and to the Executive Director of the 8K Association, Chris Chinnock.

On the other hand, Jorge Rodríguez (Hispasat) participated in Andina Link, in Cartagena de Indias (Colombia), where he presented the Association and the “White Book” within the academic sessions of this fair, one of the most important in Latin America. 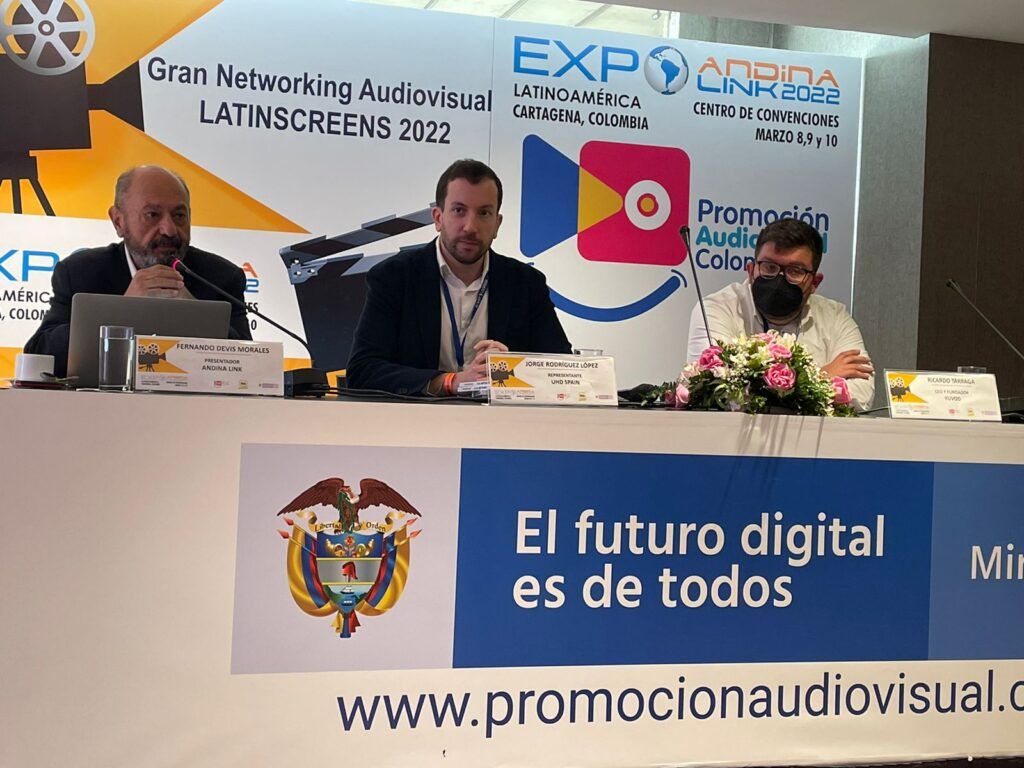 In addition, Pere Vila presented the Association at the 5G Forum, the main multidisciplinary and specific event on 5G, which was held in Seville on May 9. 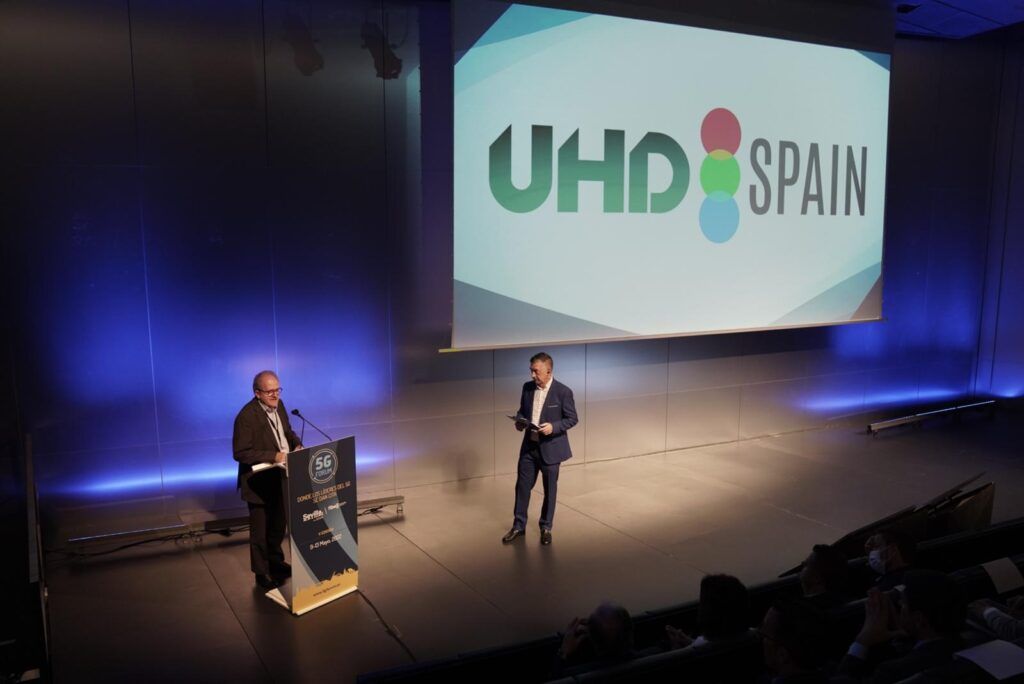 For the second half of the year, the Board of Directors plans to continue with these institutional activities, which will have their highest moment in the eighth edition of the 4K HDR Summit, to be held from 14 to 18 November, which will host the annual meeting of UHD Spain.