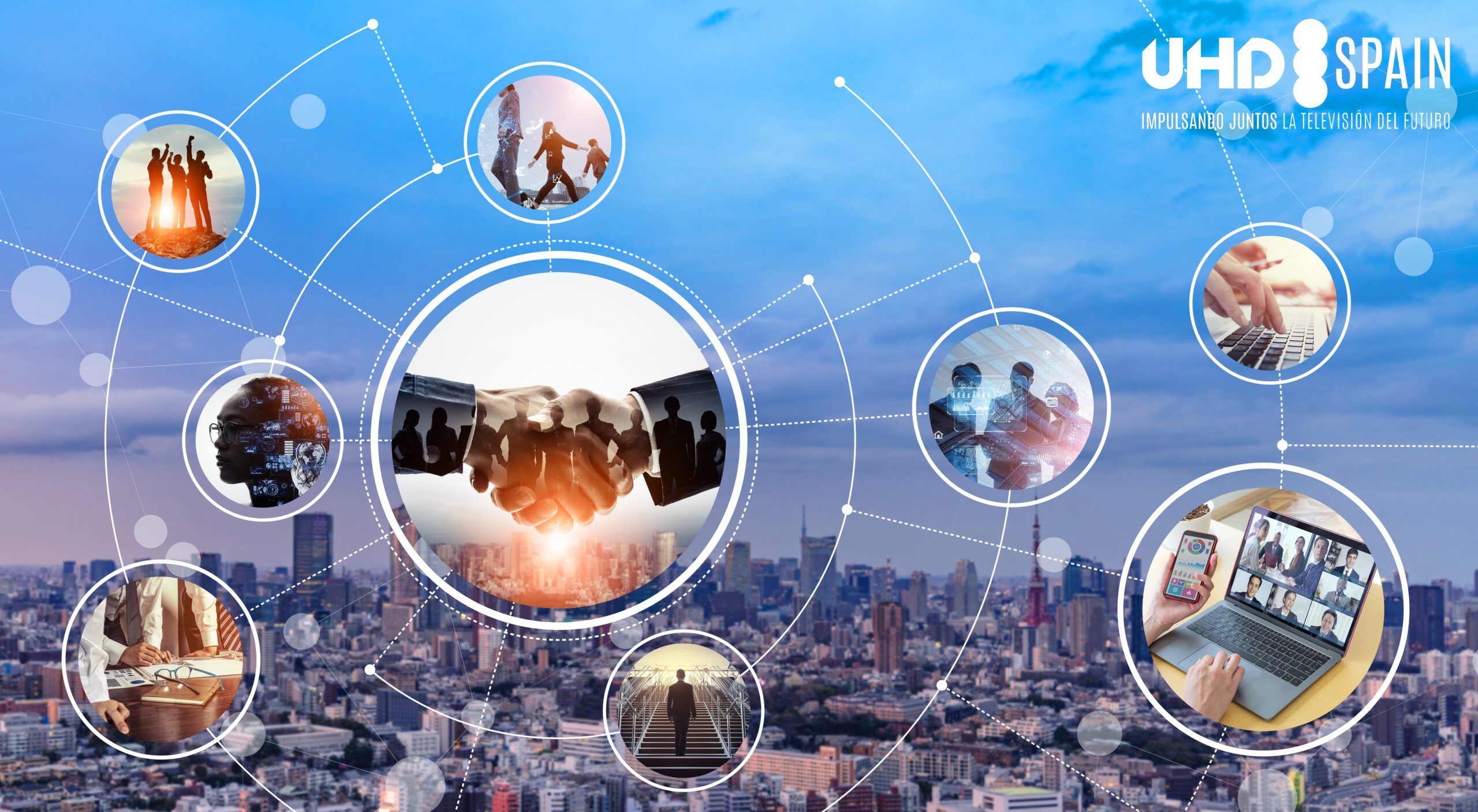 Spanish audiovisual professionals interested in 4K, 8K and HDR should be congratulated. The UHD Spain association has already started a new initiative which consists of meetings of its members with experts in the audiovisual sector to explain how to optimize, from recording to post-production or transmission, High Dynamic Range (HDR) and Ultra High Definition (UHD).

“HDR: From the scene to the viewer” was the title of the first Masterclass that has featured the first session of “Encounters with UHD SPAIN”, which on behalf of the Official College of Technical Engineers of Telecommunications (COITT) has been in charge of Vicente Pla, engineer and training and technology consultant.

“UHD Spain meetings” represents the commitment of the non-profit association to promote Ultra High Definition (UHD) in Spain, in all levels: both for consumers and professionals.

“Currently jus  a few professionals have experience with end-to-end HDR content. This could result in erroneous treatment and cause losses in the images’ nuances. We must learn to properly index and re-code the content
from capture to broadcast” warns Vicente Pla, who has thoroughly studied how to solve the mistakes that are occurring in the production processes, with the aim of offering the best service to all those consumers who have already invested their money in having 4K and 8K televisions, or mobiles, tablets or laptops with high quality UHD in their homes.

Vicente Pla has examined the workflows and clues that are not being considered in UHD productions (especially in the editing, post-production and color grading phases) to achieve optimal performance of HDR (High
Dynamic Range).

In the UHD Spain members’ meeting with Vicente Pla, other aspects such as lighting were reviewed, in addition to exposure control tools and straight HDR to SDR conversion.

Just two months after the launch of the demonstration channel “UHD Spain”, there are already 38 Spanish cities that receive simultaneously and free of charge its test channel with 4K content through Digital Terrestrial Television (DTT) and Hybrid Television (HbbTV, with the “red button”), apart from Internet and satellite.

Under the slogan “Driving together the television of the future”, UHD Spain aims to bring quality 4K content to all viewers.

Thus, viewers can enjoy Ultra High Definition (UHD) images provided by LaLiga, the film El Abuelo, the changing of the guard at the Royal Palace, or documentaries on the Carnival of Cadiz, Easter and El Rocío, among others.

The test broadcasting of the UHD Spain channel, in addition to the enjoyment of consumers, has also served the main companies of the Spanish audiovisual industry to carry out technical tests and develop as a team the Ultra High
Definition (UHD) broadcasting system, in which the members of the association have participated very actively.

The conclusions of these test broadcasts will be useful to prepare a White Paper on UHD in Spain, with the collaboration of the Polytechnic University of Madrid (UPM). It will be presented in November at the 7th Edition of the 4KHDR Summit (November 15-19), the most important international meeting on 4K, HDR and 8K.

The Spain-Japan match was screened experimentally in a cinema in Madrid in Ultra High Definition (UHD), with High Dynamic Range (HDR) and Dolby Atmos sound. Among the 200 guests and experts at this historic event was...
23/11/2022

The Qatar World Cup is just around the corner and little by little the different platforms are preparing to offer users all the matches, or at least a good part of them. We already knew about the creation...
18/11/2022

Antonio Fernández-Paniagua, Deputy Director of Planning and Management of the Radioelectric Spectrum confirms that “experimental broadcasts in UHD have been authorized in practically all the provincial...